Benefit Tax Advisors (BTA) was started by industry veterans to serve the community by striving to protect taxpayer’s rights. The IRS and many states try to scare people into forfeiting their legal rights and they are constantly overstepping their authority. In all honesty, the taxing authorities are basically debt collectors but, because they work for the government, they somehow believe they are above the law. Well, that’s just not true and BTA would love to have the opportunity to prove it to you.

Tired of seeing how the industry treated clients and the general method-of-operation, BTA decided to do something about it by building a firm from one simple assurance: the client comes first! Unlike a lot of firms that will quote a taxpayer a fee based off the amount they owe or how much they think they can get from a person, BTA does its discovery work and contacts the taxing authority to get all the details of a case before determining a flat-rate fee: this shields the client from having a company ask for more money at a later date (known as an up-sell). In addition to our price-safeguard process, BTA offers many flexible payment plans so that almost anyone can afford our protection and service.

Most of BTA’s clients are referrals, which should tell you something about its dedication to customer service. Please view our testimonial page: these are real cases and real people who had their lives changed by BTA.

Rick Yeager earned a BA in Political Science with a business specialization from UCLA and an MBA from Los Angeles Pacific University. Soon after obtaining his BA, Mr. Yeager acquired his California Department of Real Estate Sales License and began his finance career as a loan officer for a large mortgage brokerage, West Coast Financial (WCF). It was during his tenure at WCF that Mr. Yeager honed his finance and customer service skills.

After several extremely rewarding years at WCF, Mr. Yeager joined a small group of executives to run the Los Angeles Portfolio Retention Division of National City Mortgage (NCM), the 6th largest loan servicer in the country at the time. By Mr. Yeager’s 2nd year, he led a team of over three-hundred loan officers in production and earned several National awards. During Mr. Yeager’s successful run at NCM, he obtained his California Department of Real Estate Brokers License and, upon realizing he had accomplished all he could at NCM, opened his own mortgage brokerage company, Local Lending Group (LLG).

Under Mr. Yeager, LLG thrived until 2008, when the mortgage industry, as did the entire country, experienced a devastating set of economic conditions. It was at that time Mr. Yeager decided to pivot and partnered with a tax attorney to open his first tax resolution firm. As CEO, Mr. Yeager built his tax organization into one of the most respected in the country serving thousands of clients per year. In 2015, Mr. Yeager amicably exited his previous company and formed the parent company of Benefit Tax Advisors (BTA). BTA continues to successfully evolve while honorably serving its community by protecting taxpayers’ rights. Mr. Yeager lives in Los Angeles, California with his beautiful Wife and is a proud parent to two amazing young women. 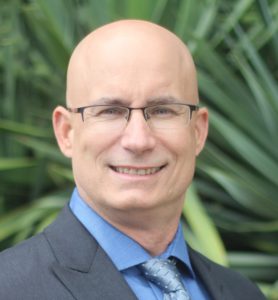 Stop the IRS from taking what belongs to you…

Want to know more about our Beneficial, Irrevocable Trusts?

HAVING TAX ISSUES? LET US DEAL WITH THE IRS FOR YOU. GET STARTED NOW!
CLICK HERE